In croatian ŠećeЯ (šećer) means sugar and it is both an escapist drug and a consolation. Tastes good too. It is also the name of a Croatian solo project by Tena Rak from Varaždin whose heart longs for the Balkans and dreams belong to the night sky.

First single ”Reci, reci mi” came out on 1st of December 2016. After two more singles with following videos (”U snovima” (In dreams), ”Varijacija 1 ili …”) the whole album Varijacije na tugu (Variations of sorrow) was released in June 2017. After EP Izlazi Sunce (The sun is coming out) from June 2018 which was released for macedonian indie label Balkan Veliki (Balkan the great) there is also one more single called ”Meni nikad nije dosta” (There’s never been enough for me) released in autumn of 2018 for zagrebarian indie label Prokulica Records.

We can’t wait to see her perform live this weekend in front of artnewscafe. 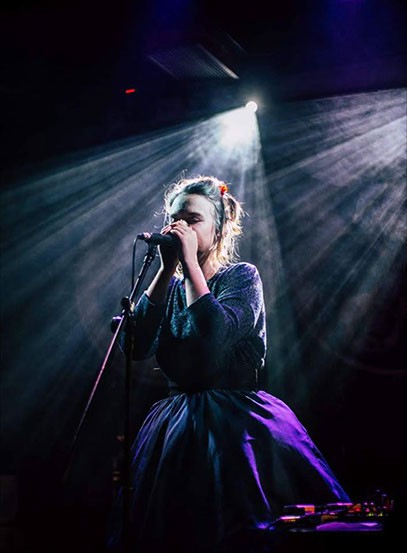